AN EXTRA 1.67M BRICKS PRODUCED A YEAR AND SCRAPPAGE REDUCED BY 75,000 UNITS, JUST TWO OF THE BENEFITS ACHIEVED BY WORKING WITH CONSPARE.

From its state-of-the-art production facility in Nottinghamshire, it produces more than three million units a month, including concrete commons, coursing bricks and infill slips for the block and beam flooring market. 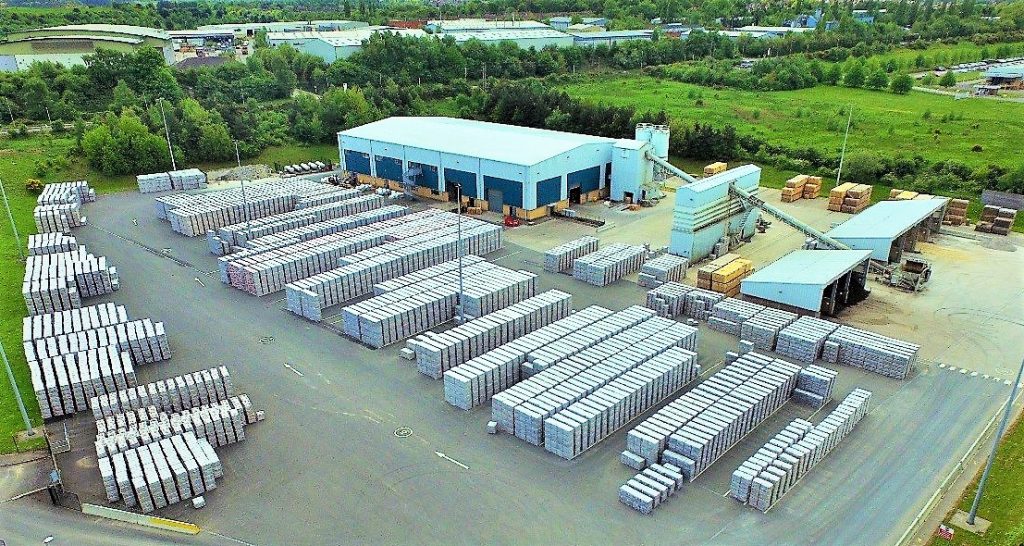 Mansfield Brick supplies many of the major builders’ merchants, buying groups and independent suppliers, along with producing bespoke products to meet the needs of the industry.

The firm’s Director and General Manager, Dominic Delich, approached ConSpare at the Precast Show in May 2017. Dominic had recently been recruited by the firm, with the remit of improving its operations to increase its production capacity to 30m+ bricks a year.

He had just recruited a dedicated team of maintenance engineers to review the plant, equipment and set up, and draw up a plan to bring about the improvements required to enable them to meet the ambitious target.

ConSpare was invited to walk the plant and see what improvements we could suggest.

Variable concrete quality produced by the batch plant was a clear issue at Mansfield Brick which, in turn, was having a huge impact on overall production efficiency.

A culmination of problems with the way the plant was set up was having a big impact on overall efficiency, leading to a wide variation in the quality of the units coming off the production line. 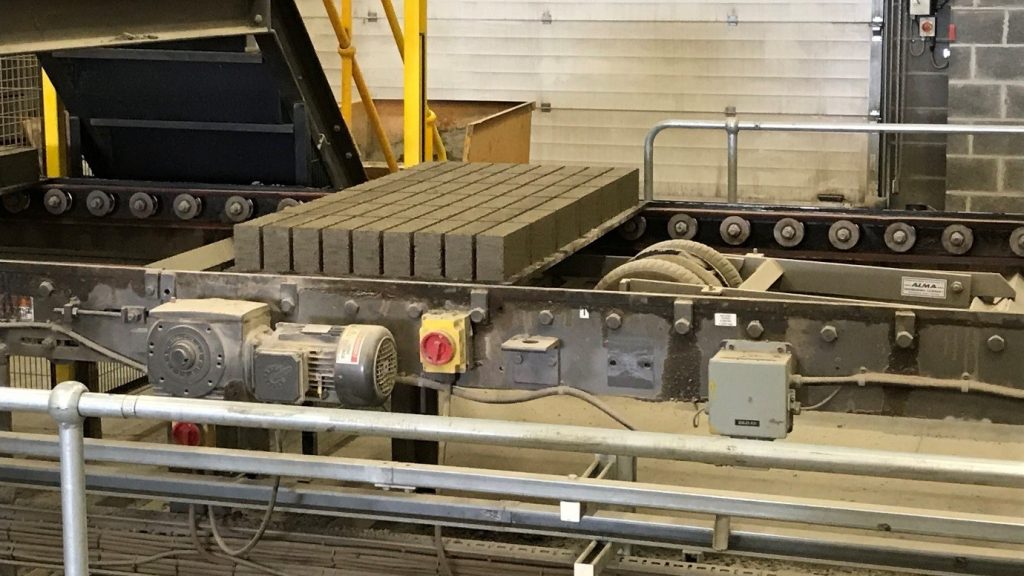 A pallet of bricks make their way through the production process

Varying moisture levels in raw materials were affecting the company’s ability to consistently achieve the optimal mix design, often resulting in wet batches of concrete being delivered into the plant.

This would not only lead to inconsistent product quality from one batch to the next but also result in small variances in the overall size and shape of each individual brick, leading to bottlenecking and failure at key points in the automated process, which increased the amount of maintenance downtime in any given shift.

The batch plant used by Mansfield Brick was of a good quality, but a lack of preventative maintenance meant that many of the key pieces of equipment were under-performing and needed to be brought back up to spec – much of which centred around the mixing system.

To improve concrete batch accuracy, we assessed the whole plant and identified that controlling moisture was critical to the operation. We recommended installing a Hydronix moisture measurement system in the mixer to accurately control the addition of water to the mix, which would make significant strides toward solving the problem.

But we also recognised that this upgrade, in isolation, wouldn’t derive maximum benefit.

ConSpare’s ‘Make it better’ approach enabled us to develop a solution for Mansfield Brick which delivered the maximum possible benefit.

Walking the plant, understanding the problems and developing a holistic plan to solve multiple issues in the most logical sequence made a real difference.

As part of the works, we specified: 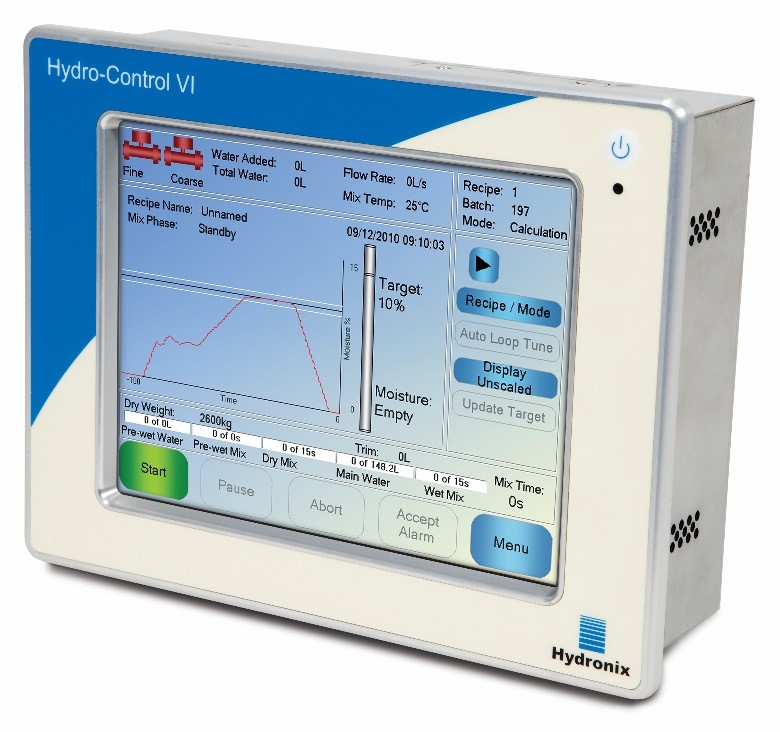 The above solutions were deployed in a specific order, to derive the most benefit for the client.

Had we simply installed the Hydronix system into a mixer which was not being cleaned properly and had worn mixing tools, for example, it would have prevented the sensor from operating to its full potential.

The very core of ‘Make it better’ is about collaborating with our customers to transform the concrete production process.

While solving the problems individually provided plant improvement, delivering that improvement across the plant provided transformation.

Our ‘Make it better’ approach and the solutions that we supplied allowed Dominic and his team to get back on top of the maintenance of not only the concrete batch plant, but the rest of the production line.

The problems suffered from wet batches often wouldn’t come to light until the bricks were reaching the end of the process when exiting the kiln, which could be 24 hours after they left the block machine.

Moisture levels were often being judged by trial and error by plant operators and it would often take up to an hour each morning to adjust the moisture levels enough to get consistent batches running through the plant. Also, different operators would set the mix up differently and Mansfield Brick wanted that variability taken away to ensure consistency.

The Hydronix system has eliminated this and means consistent batches of concrete are produced by the mixer within minutes of production starting each day, leading to more consistent product quality and fewer breakdowns caused by ‘fat bricks’.

This extra production time directly resulted in the manufacture of an additional 1.67million bricks per annum, and the increased accuracy reduced scrappage by 75,000 bricks per annum.

Successes in improving the batch plant have unlocked further improvement throughout the plant, as it is now more efficient and can keep up with the higher demand. Plant runtime is up from 62.3% in 2016 to 78.3% in 2018, while waste has fallen from 0.84% to just 0.18% in the same period.

It has enabled Mansfield Brick to increase production from 26m bricks in 2016 to 31m last year, with the company on track to deliver a similar number of units this year.

And reducing the amount of downtime has enabled the firm to decrease production time by two hours each day and take a more proactive approach to maintaining the plant. It has introduced 18 additional dedicated maintenance days into its budget for 2018.

The improvements to the plant have led to an increase in confidence, in both production and sales.

The firm has significantly expanded its stockholding from 1m units to 6.5m units, allowing the company to satisfy immediate customer demand while benefitting from longer production runs.

The bricks also sit on the yard for longer, providing a greater degree of control over when they reach full strength. An increase in both sales and order enquiries has followed, while the production team now has full confidence that the products being produced by the plant aren’t leading to stoppages and maintenance issues further along the process.

The cumulative effect of all the upgrades we specified has had a far bigger impact than if the individual solutions had been implemented in isolation.

Although the initial spend was more, Mansfield Brick got a huge increase in return on investment.

As a result, with the bricks achieving such consistent strengths, Mansfield Brick is now able to move forward and improve other elements of the process. The team is now looking to refine the mix design and implement reductions in cement usage per batch.

“We’ve been blown away by the solutions ConSpare has provided, which have had a huge impact on production efficiency here at Mansfield Brick.

“I was always confident that if we got the plant operations right, I’d be able to deliver 30m bricks a year and the improvements ConSpare has made have been a huge part of achieving that target.

“Not only have they enabled us to get back on top of the maintenance of the plant and take a much more proactive and preventative approach, but the whole team now has confidence in the plant and the consistency of the concrete products it produces.

“It has all but eliminated the problems we were suffering from wet batches and ‘fat bricks’ before ConSpare’s solutions were installed.

“Breakdowns were a regular occurrence before and we were often having to stop production to clear up pallets of spilt bricks from the floor.

“However, the team now has full confidence in the plant and takes pride in keeping it running smoothly, which, in turn, helps us to not only achieve our numbers but also to ensure that they are all of the consistent quality that Mansfield Brick has built its reputation on.”

We are delighted to announce the appointment of Ian Hatch as Hydronix Specialist, responsible for installation and maintenance services of our range of moisture measurement equipment.