Read how we helped Besblock improve their block production, as featured in the December edition of Quarry Management Journal.

New technology constantly makes big promises – better performance, higher quality, lower costs. But, when installed, it doesn’t always live up to the hype, especially when it comes to a finely balanced process like block making. But it’s not the tech that’s at fault here.

Often, the problem lies in the fact that concrete production is viewed as a series of separate manufacturing elements, as opposed to a series of inter-related processes. It’s important to realise that when it comes to the production line, the end product is only ever going to be as good as the weakest link.

If businesses are to reap the rewards of investing in new concrete tech, moving from being product-led to process-led and looking at the manufacturing process as a whole can be hugely beneficial. They need to make sure that when they get that new bit of kit in, they build in the necessary changes upstream and downstream in the process to allow it to perform at its absolute best.

And this is exactly what Besblock, the longstanding family-run block making firm, did at both of their factories in Telford. Teaming up with concrete production specialists, ConSpare they have transformed their plants with a series of plant upgrades, centring around the introduction of two TEKA planetary mixers, a 1m³ TPZ1500K and a 2m³ TPZ3000F, both of which provide the next generation mixing technology they were looking for. They are now able to mix round the clock, with one mixer running 24 hours a day, five days a week with no downtime, while also exponentially improving the quality of the block. But while the mixers are undeniably at the heart of the plant, they don’t operate in isolation and it took a review of the entire plant’s performance to help make these improvements possible. 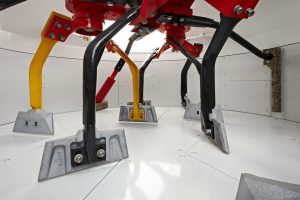 Inside a Teka Planetary Mixer

“When the first blocks came out, the difference was unbelievable – you could instantly see it. We were totally blown away by the improvement in quality. The fact that we have been able to ramp up our production to meet our growth plans without compromising on quality has made this investment worth every penny,” Nigel Chadwick, Director at Besblock recalls. 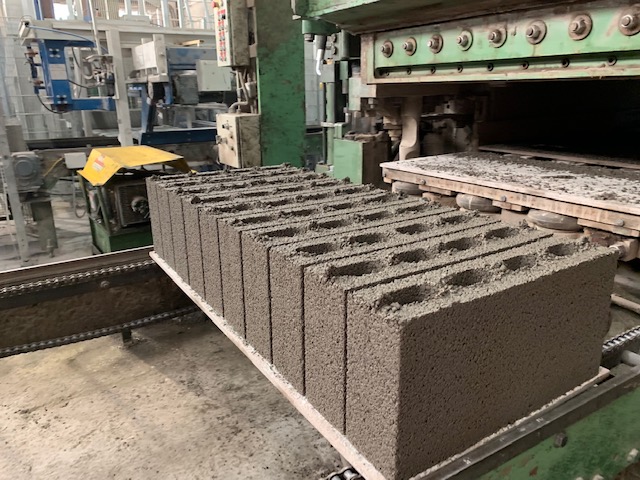 The block-making firm brought in ConSpare because of their close relationship with the TEKA brand. But it was their creative thinking and ability to make the process perform better as a whole that ended up having the greatest impact.

“Businesses today see investing in new technology as a silver bullet. But to get the best out of the technology, taking a holistic view of their processes is vital otherwise they will end up throwing good money after bad. It’s about making it better at every stage of the process to unlock the technology’s – and the plant’s – optimum performance,” explains Steve Peterson, Engineering Director at ConSpare.

As part of the plant assessment, ConSpare employed its Make it better approach. By taking a closer look at a plant’s overall performance at all five key stages of the production process – storage, conveying, batching, mixing and discharging – businesses can quickly identify any potential bottlenecks that may hamper the performance of the new technology. This approach will not only help iron out all potential problem areas, it will also give plants greater visibility, allowing them to make informed investment decisions.

But the changes don’t need to be big or cost the earth. Sometimes it’s the smallest considerations that can have the greatest impact on performance. Indeed, at Besblock, ConSpare recommended a slight change to the position of the mixer which meant they could reduce the number of conveyor belts and allow two mixes to go into the hopper at once. This now gives the next batch longer in the mixer, improving the quality of each mix. As mix designs become increasingly complex, it’s important to analyse every application in detail to make sure the mixers perform. Although it was a relatively simple modification, it resulted in a fundamental shift in how the plant works and as a result the TEKA mixer is able to operate at peak performance. 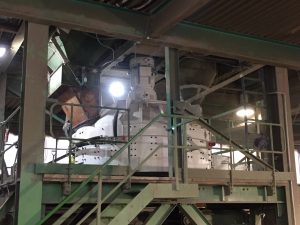 A Teka mixer installed at Besblock

The team also introduced other key pieces of world class technology along the production process which allowed the investment Besblock had made in the new TEKA mixer to really pay off.

They installed a new Hydronix Hydro-Control HC06 digital water control system which automatically manages and adjusts the moisture content in each concrete batch, optimising the mix design for consistent results, while also reducing waste and, of course, improving the quality. By pairing the Hydro-Control with the latest sensors, the plant can now maintain the concrete quality and achieve a precise final concrete moisture with an accuracy of +/-0.1% (as an absolute moisture).

They also fitted CDX mixer dust extraction equipment, which, unlike other filters, is an integral part of the production line. This conical-shaped filter cleverly purges the dust from the air and puts it back into the mixer in real time. It doesn’t need to be cleaned and won’t need replacing as often as regular filters. This has not only improved the working environment in the factories, as no dust now escapes when the raw materials are loaded into the mixer, but it has also hugely reduced waste and downtime for cleaning.

Investing in new technology is a must for forward-thinking concrete businesses but the equipment alone will not future-proof the plant. Block-making is a delicately balanced process, made up of many inter-dependent stages. Through the adoption of a process-led approach to investing in new tech, businesses will truly be able to optimise their performance now and for the future. 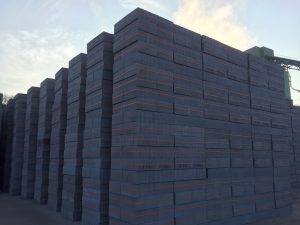 Improving concrete batch accuracy - An extra 1.67m bricks produced a year and scrappage reduced by 75,000 units, just two of the benefits achieved by working with ConSpare.

We recently had the exciting opportunity to work on one of the most complex and challenging construction projects the concrete industry has ever seen, Hinkley Point C.